How Far Will Arcanis Go to Have His Work Recognized?

Oleg Astakhov: From a Small Town in Ukraine to the World’s Leading Ballroom Dancer

How Far Will Arcanis Go to Have His Work Recognized?

by Emily Manifold
A A

The beginning of Arcanis‘s career was not in the field of art. Instead, he started in the field of metallurgy after completing his graduation. Metalwork was his passion and art was his heritage, but he first gained recognition in the Trades Olympiads, where he won 2 medals. He worked mainly as a metalworker for a long time, until his artistic talent was awakened when he was working in Gstaad, Switzerland.

He already had a knack for art, and his skills in metalworking were extremely polished when he began to work on his concept ‘La Bateau’ (‘The Boat’). Today, his artwork can be seen both online and in several physical exhibitions.

His artwork includes metalworking, artistic items made using spray-painting techniques, and collaborations with different brands. However, he has still not achieved full recognition for the potential he holds.

Currently, Arcanis’s ‘The Boat’ has reached many audiences around the world. It has been exhibited in Miami, Paris, Geneva, Brussels, and many more. Arcanis is working to break into famous art communities like Los Angeles, New York, Dubai, and Las Vegas. While he still has to invest in taking The Boat to these locations, the concept and pristine combination of art and metal is already highly desired by art lovers.

One of the many reasons behind his recognition is that the ‘Bateaux d’Arcanis’ works are all made by hand. The main theme of these pieces comes from the concept ‘Le Bateau,’ which denotes the ideas of freedom, travel, and facing the unknown. It also represents the idea of traveling without any destination, to leave everything behind for the sake of the freedom that everyone in this world needs.

This artwork is both abstract and concrete, as it combines modern-day technology and cultural and heritage art techniques. With Arcanis reaching different parts of the globe with his Le Bateau art concept, it is not unlikely that we will see Le Bateau or The Boat as a fashion icon across the globe and in the digital space. 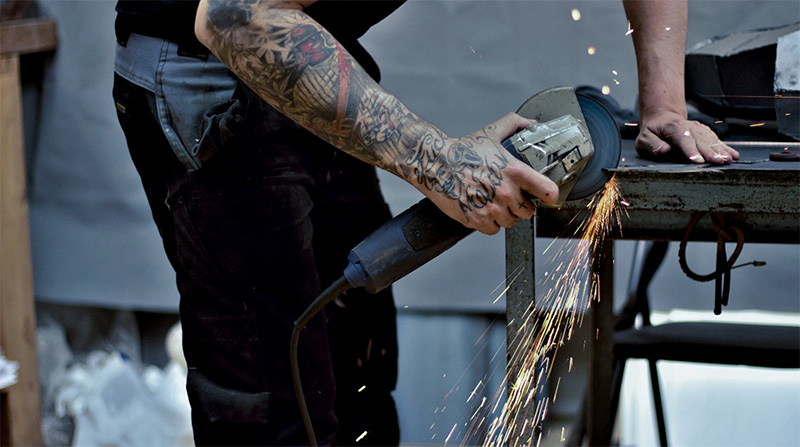 Le Bateau will soon be a much loved fashion icon

It is not only the art of Le Bateau that makes it so desirable; the message it spreads makes it even more appealing to art lovers across the globe. The main theme behind the artwork is the message of freedom, something desired by the current generation. It also conveys the message about the refusal of stability.

On top of that, there are several versions of Le Bateau artwork, and despite its meaning, it still looks attractive and modern as an artwork. Arcanis has already signed Le Bateau deals with brands including Hermès, LV, Rolex, and more. It appropriates fashion icons through world-leading brands like Gucci, Supreme, Chanel, and many other names.

By entering the world of fashion, it will shortly become a much loved fashion icon. However, for this to happen, Le Bateau needs to hit the world’s fashion industry strategically. Taking help from the metaverse might be the right decision. Everyone is waiting for it to happen, and there is a lot still to come.

In the digital era, things associated with the digital world and the metaverse bring many more benefits than was possible before. Thus, there is a perfect opportunity for Arcanis to enter the fashion industry as no other brand has done so far. Currently, multiple iconic brands have limited editions available that feature this artwork, located in around 15 galleries around the world.

Arcanis’s Le Bateau is available in just 8 edited copies worldwide, which will make owning one of these numbered editions particularly special for the owner. Every copy comes with a certificate of authenticity.

It also goes beyond just the physical copies. Le Bateau hitting the metaverse will mean limited edition products, along with special versions, bringing unique benefits to the owners. The possibilities are endless, and Arcanis’s Le Bateau still has a long way to go.